For my first article, I decided to talk about Alexander McQueen. I have mentioned in my introduction that this is 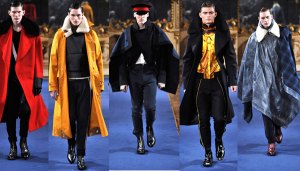 an attempt to write about those things that interest me, and rock and roll fashion seems to be on the upswing. Well, that and being possibly the only chick on the TDTV staff, I need to girl it up a bit. Personally, I’ve been dressing in Alexander McQueen (what I can afford of him anyway), for a while now. Here’s what I see as the pros and cons if you decide to go out and buy any of his clothing, shoes, jewelry, scarves, etc, etc.

First off, it takes a special kind of person to wear Alexander McQueen – and I’m referring to his pre-suicide lines (R.I.P. McQ        ueen). After all, before his death, the man was the exclusive designer for the 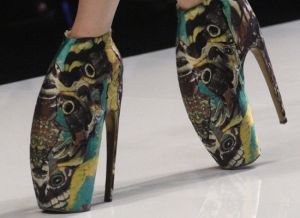 Haus of Gaga, so what’s that tell yah? He is the original designer of the Armadillo shoe and  a lot of his items are very unwearable for everyday; that’s  just how it is.

HOWEVER, that being said, a few key pieces can take a simple jeans and tee shirt to kick-ass in a matter of minutes- and this goes for Guys and Gals. First of all, there is the classic Alexander McQueen Skull Scarf. If you’re a fan of McQueen, and you don’t own a Skull Scarf, turn in your fashion card at the door. 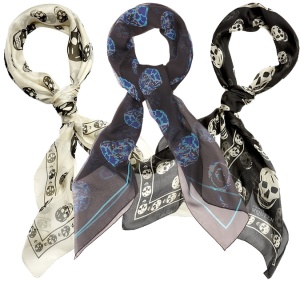 Then there is his Skull jewelry, which adds a bad ass touch to everything if you ask me. Red and black plaid is very 1980’s British rock, yet can be worn today if worn correctly…seriously. As a jacket, awesome! As pants, NO!! Unless you are a twelve year old girl and it’s leggings.

And finally, studded leather jackets and shoes. What else is there to say on that other then it’s a kickin ass and takin names look, so be prepared.

Alexander McQueen may be gone, but his legacy of badassary and awesomeness lives on. Wear it 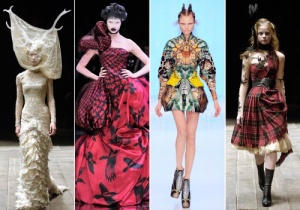 proudly people! I say, if you can pull it off, you should do so! It’s what he would want. God save McQueen! 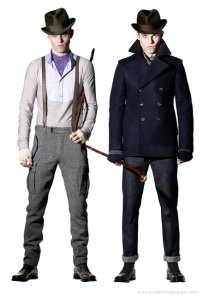