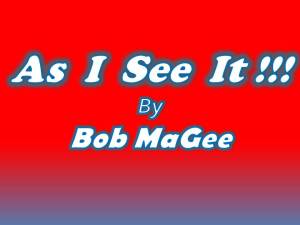 AS I SEE IT
Bob Magee
Pro Wrestling: Between the Sheets
PWBTS.com

Yesterday was eight years since Chris Candido passed away.

It still sucks to remember that fact, even eight years later. Like so many wrestler deaths, the news of his death came on my computer screen early one morning.

Chris was so full of life and so full of love for the wrestling business…that the fact that a blood clot resulting from an injury he suffered in the ring taking his life seems so especially unfair.

I knew Chris back since the early 1990s, when his claim to fame was working for Philadelphia independent promoters Joel Goodhart and Dennis Coraluzzo…with his claim to fame being that he was the grandson of former WWWF preliminary talent Chuck Richards. As Richards’s grandson, he grew up around wrestling; and hung out as a teenager in New Jersey with Balls Mahoney. The two started as backyarders (before the term even existed) until starting with formal training at Larry Sharpe’s Monster Factory. Candido then worked for the colorful promoter Dennis Coraluzzo in shows around the state of New Jersey.

I especially remember the Larry Sharpe shows at a place we nicknamed the “Clementon Coliseum” which was nothing more than a converted K-Mart. We also noticed a hot looking young Tammy Sytch hanging around Candido, in the section where the girlfriends, and um….assorted hangers-on…. sat. Needless to say, she wound up being a helluva lot more than just another wrestler’s girlfriend.

I also remember a Wayne, NJ show with a double main event of Terry Funk-Eddie Gilbert and Sabu-Chris Candido…and realize how long ago that it took place. God, does that make me feel old.

Candido then moved on to work ECW during the Eddie Gilbert era, together with Johnny Hotbody as ECW Tag Team Champions in 1993; before going to his first fulltime territory, Smoky Mountain Wrestling in 1994.

Jim Cornette has loved telling the story over the years of the night when Candido pulled out every high spot he knew…to the sound of crickets chirping in the crowd. Cornette sent him back out in another match (this was a TV taping), and told him to come out and sell the first bump he took like crazy. He learned to do this kind of thing quickly, with such spots as his sort of goofy Dick Murdoch/Curley spinaround on your side, and his whiny heel promos that could infuriate in a matter of minutes…like they were supposed to.

Candido and learned quickly what it took to get a reaction in the last great territory…and began to develop his trademark old school “no gimmicks needed” personna. In SMW, Candido was then teamed with Brian Lee, with the pair managed by Sytch, who had moved from New Jersey with Candido; and was turned into an on-air “Northern educated feminist” valet/manager.

Candido won the NWA World Heavyweight Title in November 1994 in a tournament, needed after the belt was won, then vacated, in the infamous ECW Arena swerve by Shane Douglas in August 1994.

During 1995 and 1996, Candido worked as part of the Bodydonnas, and girlfriend Tammy Sytch began her climb to become one of the hottest female characters in WWF/E history. I was never fond of the gimmick at all. Mark Madden spoke for a lot of us, when he said “I have an idea…why don’t they just put trunks and boots on him and call him Chris Candido?” But even with the lame gimmick, Chris put everything he had into it.

I remember the day in 1996 I was on vacation in San Francisco, and took in a WWF show at the Cow Palace, not so much to see a WWF house show…but mostly to see the historic wrestling venue which had featured Roy Shire’s promotion and names like Pat Patterson, Leo Nomellini, and Ray Stevens. So I’m standing around the parking lot, waiting for the doors to open with the locals and kids milling around…and a car screeches to a stop, and goes into rapid reverse.

The door opens, and it’s Chris and Tammy (who had already broken up in storyline, but even the kids in the parking lot knew better to ask) with a collective “What are YOU doing here!?!?!” We said our hellos and they drove into the building. Until the doors to the Cow Palace opened, I then had to listen to at least a hundred kids screeching at me without end…”You know Sunny?!?!?”.

Somehow, I can imagine Chris laughing his ass off as they pulled away to go into the wrestler’s entrance at the Cow Palace for the night’s show..

In October 1996, Chris went to ECW, debuting to a standing ovation as a surprise during an ECW Arena event, defeating Spike Dudley. Candido worked as part of the “Triple Threat” and as Tag Team Champions with Lance Storm.
Candido and Sytch had well-documented problems with painkillers and other drugs beginning from their days in ECW, which eventually caused their release from the company. These problems continued during the subsequent period Candido in which worked various independents; until he got a brief gig with WCW, in which Candido broke his arm, tore the cast off to show Eric Bischoff that he’d work hurt…and was still fired for getting hurt in the first place, in the usual employee-friendly WCW style.

After WCW, Candido seemed to take seriously that he needed to clean up. Tammy’s problem are sadly too well-known.

Candido went back to the indies and started over a two year period to begin resembling the guy we all remembered from years past (thankfully, so has Tammy). Most recently, he’d started working in higher profile Northeast independents and in TNA, working the undercard and working with The Naturals tag team. The last match I saw Chris Candido in was for Jersey All Pro Wrestling as a surprise match against JAPW’s E.C. Negro. Negro (think your basic delusional heel character) had come out, only to be told by announcer Steve DeAngelis that he wasn’t on the lineup. Negro went into a promo how he wasn’t leaving until he got a match, telling the crowd how tonight the ECW Arena was the “E.C. Negro Arena”….and on and on.

The lights went out…”Back in Black” cranked up…and the loudest pop of the night ensued, as Chris Candido came out to a standing ovation that seemed to truly shock him. Chris was on that night, looking like the Candido of old, with a sick looking table bump after Candido put Negro on a table and went for a legdrop off the turnbuckle. Negro got out of the way, with Candido plowing through the table like a freight train.

What seems so damned unfair with all this, is that Chris had beaten drugs, had gotten his life together, was working independents again… and working well. He was sharing his knowledge with lots of up-and-coming indy talents. He’d gotten his gig in TNA and was the Chris Candido we all remember…the goofy, old school heel who loved the hell out of what he did.

In his last TV appearance, taped less than 48 hours before he died, even after his broken leg and from a wheelchair; he was getting over a young tag team, The Naturals, for the NWA Tag Team Titles.

It may say something about Chris’s popularity among workers and fans alike that at the time of his passing PWBTS.com had the second largest number of page views in the history of the website’s existence on that Friday; topped only by the numbers from the last day of WCW’s existence, March 26, 2001… Since then, both of those were topped…by a lot… by the day of and the day after the Benoit family tragedy.

As Mike Johnson commented on PWinsider.com eight years ago just after Chris’s passing..if there’s any justice, Chris is sitting somewhere with promoter Dennis Coraluzzo, sharing the first of a hundred glasses of Dennis’s infamous ice teas, listening to one of Dennis’s newest schemes, and thinking up one or two of his own… with a big grin on his face. He’s hanging out later with Brian Hildebrand and Eddie Gilbert to watch what will no doubt be the first of a thousand wrestling tapes. Somehow I imagine WWE Classics…or something a lot better is available where they all are right now.

Last note: Please remember to contribute to the One Fund Boston at Onefundboston.org for the victims of the Boston terror bombings.