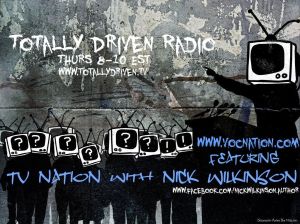 Hey there TV Nation! I wanted to share a little info and a few links with you guys today. Here are 7 sequels that you might not have known existed! I’ve included some info regarding the movies and youtube videos as well. If you have sequels, especially under rated ones, share them below and lets chat!

Plot: Completely unrelated to Schumacher’s film, this was called The Velvet Side Of Hell until the marketing men got hold of it. Maybe they’d remembered that Stormare’s character in 8mm was called Dino Velvet and saw a connection – or maybe we’re reaching. It doesn’t even share the bleak snuff angle with its predecessor, but instead involves sexual shenanigans and blackmail in Eastern Europe.

A Dangerous Man: Lawrence After Arabia

Did You Know? This was an ‘unofficial’ sequel that was made for TV a year after the original was re-released in cinemas. It stars Ralph Fiennes, who can file this away in his cupboard of films he must have done while drugged, alongside The Avengers, Maid In Manhattan and Nanny McPhee and The Big Bang.

Plot: Yes, that is the Russell Mulcahy that made Highlander. A prequel to the prequel, this casts Copon as the young Mathayus, on a quest to the underworld with his friend Aristophanes to retrieve the Sword Of Damocles. Couture is evil king Sargon of Akkad. All these elements have a historical or mythological basis, but there’s a narrative discrepancy of about two millennia in there somewhere. There’s also Scorpion King 3: Battle For Redemption, which is (deep breath) the sequel to a prequel to a prequel that was a spin-off of the sequel to a remake.

D.E.A. agent Shane Tanner (Johnathon Schaech), is the son of a legendary cooler named Dalton (played by Patrick Swayze in the original movie). Nate Tanner (Will Patton) is Shane’s uncle, and the owner of the Black Pelican, a bar located in Nate’s new permanent town of Tyree, Louisiana.

In the same vein as the previous entry, these two films are follow-ups to another holiday movie you may have heard of: “A Christmas Story.” Hope you’re a huge Ms. Shields fan, though, because she’s the only familiar face you’re going to see in “My Summer Story” (originally titled “It Runs in the Family”), even though it again revolves around the character Ralphie and his family. Without subjecting you to the plot details, let’s just say that even Jean Shepherd, the narrator, writer and inspiration

behind the films, called this one “a real turkey.” It also bombed at the box office. “Ollie Hopnoodle’s Haven of Bliss,” the made-for-TV second sequel, was perhaps a bit more well-received, but just pretend neither exist to be safe and sleep better tonight.

Probably the most unknown on this list due to the fact it was theatrically released only just last year and is not necessarily a proper sequel to “Butch Cassidy and the Sundance Kid” so to speak, this story follows an old-man version of Butch Cassidy, who now goes by the name James Blackhorn. He somehow survived the events of the previous film and has come out of hiding in Bolivia after all these years to see his beloved America one more time. And surprise, surprise, he runs into a bit of trouble along the way.