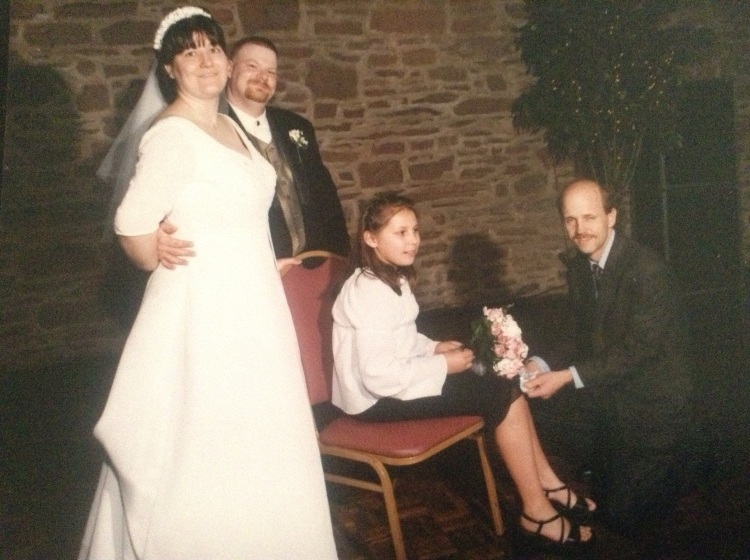 A Tribute & GoodBye to a Friend

I sit down to write this column with heaviness in my heart. On this day there will be no ”Let’s Get To It”, or any other types of catch phrases. I sit here with sadness to say goodbye to a dear friend.
On Saturday June 8th 2013, my good friend, and an NFL Depot family member, Tarn Slater passed away. Tarn lost his two and a half year battle with cancer on this day.
I’ve known Tarn for a better part of 11 years. There was hardly ever a time I didn’t see Tarn with a smile on his face,  you know it was him from across the room laugh, that was bigger than life it self. Even at the end, Tarn took the time to send me some texts, and he still had a sense of humor about him.
I sit here, still in shock and numb. As I though, like I’m guessing other people around him, that Tarn would beat cancer. Unfortunately that didn’t happen, but I do know he was a fighter, and he fought it till the end.
I want to share some, of the impact Tarn made on my family, and my life.

It was October of 2002 that I first met Tarn. I was running a PaPa John’s pizza place, and Tarn was hired aboard to be my assistant Manager. I came to find out Tarn had never worked in the restaurant industry, let alone a busy pizza place. I said to one of my other assistances, “I don’t think he will last the week”. Well that’s when I found out about Tarn’s work ethic, and his willingness to overcome. Over this time period, I found out that Tarn shared the same passion as I do for football. A few Sundays later we started a trend that lasted on and off, depending on work conditions, and other things, for 11 years. We started watching NFL football games together. Over this time period Tarn became a very close friend of mine, as well as my family.
When Tarn found out he had cancer it was a hard blow. Like anyone would be, he was in shock. I tried to keep his spirits up, weather it was a text or phone call. Once he was well enough to travel, he started coming to my house every Sunday for football. That trend continued all the way till this year’s past Super Bowl.
Some of my fondest memories of Tarn are from the road trips we would take out to Pittsburgh. Tarn and I saw several Steelers games, over the years. But, one really stands out. Tarn was a big Bears fans. It was the 2005-06 NFL season. The Steelers vs. the Bears. It was the perfect game for these two teams to play in. It was snowing and muddy and you couldn’t have found two happier guys in the world.

What I liked the most about our trips was the conversation. Tarn was one of those guys you could talk to about anything. We had a lot of conversations on these trips, mostly about sports, but I can tell you Tarn was wise beyond his years. Tarn in a lot of ways was like the Big brother I never had, but overall, was a very good friend that will be missed.
As I close this tribute out, I would like to ask everyone a small favor. If you could Take a few seconds before the opening kickoff of Week 1of the upcoming NFL season, and just give a few seconds of silence for Tarn, I will forever be thankful.

R.I.P. Tarn Nelson Slater, you were a good friend and forever missed. Respectively David Mest sighing off, with a very humble, and quiet, see ya.